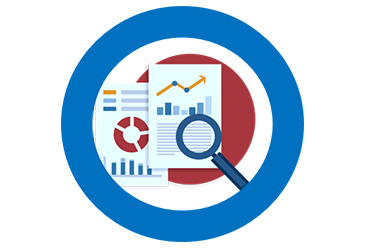 Memoir of a Brand Manager 17

Richoco Launch Execution in Nigeria: The Power of Market Intelligence, Insight and Innovation

Nigeria was under the draconian rule of the dark-goggled General whose loot is ostensibly being repatriated 22 years after his death. The economy was in dire straits. Inflation was high, and consumer disposable income was low. Businesses crashed, and big brands such as #Bournvita by #Cadbury and #Milo by #Nestle in the cocoa beverages market groaned as sales volumes and revenues crashed from the blow of weakened purchasing power of consumers who sought more affordable options, or alternatively dropped out from buying the category entirely.

I managed the Bournvita brand then as Product Group Manager (Food drinks), and saw sales volumes crash by half within one year, as did Milo’s. The battle became one of holding market share in the face of a declining product category. We put in place various promotional activities to sustain market share, as we sought to maintain healthy profit margins. Increasing prices was a challenge due to the weakened purchasing power but we had to for survival, which led to sales decline. #Pronto, a powdered dry mix made by Cadbury, suffered even more as consumers didn’t see the value at its premium selling price within the sub-category of dry mix powders competing with brands such as #Suco and #Nescao, and cheap clones packed in transparent nylon bags (well before ‘pure water’ came on the scene) known on the streets as ‘Eruku Oshodi’ (‘dust of Oshodi’) that parodied Bournvita and Milo.  At the time, dry-mix powders were considered inferior to granular brands which were perceived to be richer and more nutritious.

As we considered how to win the minds of consumers and win the battle in the marketplace in a stifling socio-economic environment, which included how to make Pronto more affordable, a seemingly innocuous piece of information came my way. In a casual conversation with an acquaintance who worked in Lintas, Bournvita’s advertising agency located in the Anthony village area of Lagos, he mentioned that someone he knew in Nestle indicated that the Company was seeking supplies of a particular Ingredient X.  This piqued my curiosity. I knew that Ingredient X was not in Milo, so as soon as I returned to my workplace in Agidingbi, Ikeja I went to the Research and Development office to ask what kind of product Ingredient X could be a raw material for. Analysis and investigation confirmed that it was not in Milo nor culinary products, another category in which Nestle Nigeria played strongly. It was apparently a new ingredient in their portfolio. Further investigation indicated that it could be used as part of the formulation of cocoa beverages.

My thinking cap got further switched on. Was Nestle planning to launch a new cocoa beverage? If that was the case, was Ingredient X perhaps already in use by Nestle anywhere else in the world? We sent feelers across the globe and eureka, we discovered that Ingredient X was indeed in the formulation of a cocoa beverage in Ghana called #Chocolim.  Upon further study of the market, we gleaned that Ghana had gone through similar economic straits as Nigeria was a few years earlier and the cocoa beverage market had experienced a similar situation of poor consumer disposable income which had impacted on the market such that premium brands like Bournvita and Milo which were market leaders had crashed in sales. To address the issue, Nestle and Cadbury in Ghana had launched more affordable brands Chocolim and #Richoco, with cheaper formulations and packaging (polythene bags) which over time became bigger brands than Bournvita and Milo which were in tin packs.

I sensed that Nestle was seeking to reprise this in Nigeria. Added market intelligence reinforced this. With the puzzle pieces gradually coming to place, we had to think both tactically and strategically.  I  wrote a position paper to Cadbury Nigeria’s EXCO putting forward a case to launch a granular cocoa beverage, with cheaper formulation and packaging, to be priced lower than Bournvita and Milo, and positioned to be better value-for-money.

I identified the gap in the market using a 2X2 matrix (diagram below); the consumer proposition was going to be, ‘a more affordable, nutritious, granular food drink’, and its role was to be a flanker brand for Bournvita to protect Cadbury Nigeria’s share of the market being the market leader, and subsequently grow market share. Market analysis showed that there was indeed a gap in the market as consumers sought such offering. The next step was to prove that there was a market in the gap.

The business case was approved and execution of the new product design and launch plans commenced under confidential cover using the RACI model: only those with direct responsibility and accountability were involved in execution, and only relevant stakeholders were consulted and informed about the project and progress.

As part of confidentiality, the Project was code-named Project KC, where ‘KC’ meant ‘Kill Chocolim’. This was war (smile). The strategic intent was for Nestle’s assumed plan to launch Chocolim, if indeed it proceeded, to be dead-on-arrival. In furtherance of this, we chose to use the Richoco trademark which already existed in Ghana, and which competed with Chocolim in that market. Product design focused on granular appearance and cheaper ingredients with organoleptic properties designed to be milky in appearance and taste as the economic issues had also led to reduced consumer milk consumption. Packaging was initially 500g paper box, predominantly wine in colour with a band of white. Pricing was cheaper than Bournvita and Milo. Launch was planned to be controlled and test marketed in Maiduguri, North-East Nigeria, which was where market intelligence from the sales team signalled Chocolim would first be sold.

First mover advantage was critical.  From writing the business case to market launch took only 6 weeks. The success of strategy lies in execution.

As we launched, we heard Chocolim decided to move its launch to Kano, North-West Nigeria; we pre-empted and launched Richoco in Kano. In the course of this, we gathered that Chocolim was changing packaging design to brown and cream, Bournvita’s colours at the time. We deemed this a direct attack on Bournvita and before Chocolim executed its intent, we changed Richoco’s colours to green and yellow, mimicking Milo and creating in the minds of consumers that Richoco was a ‘more affordable Milo’. We also changed pack size from 500g to 200g to make it even more affordable from a cash outlay perspective, and thereafter rolled out sales nationwide.

The results were gratifying. Within its first year, Richoco became number 3 brand in the cocoa beverage market behind Bournvita and Milo and helped to shore up Cadbury market share in the category, effectively playing its role as a flanker brand. The icing on the cake was that Chocolim launch in Nigeria was a still-birth. Project KC delivered. #marketintelligence #consumerinsight #innovation #execution #brands #marketing

PS. In case anyone is wondering, none of the market intelligence was paid for. In today’s parlance, it was ‘earned’ by having ears on ground and having a strong network in the marketplace.