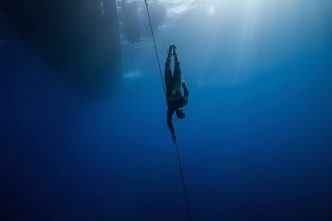 Memoirs of a Brand Manager (Part 3)

IMMERSING IN THE BRAND

And so my immersion into the world of Bournvita began.

My learning process was hastened as I had to prepare for a major brainstorming session planned for two weeks after my appointment.

The brand was at crossroads. It was at the mature stage of its lifecycle, brand equity was weakening, sales had peaked, market share starting to decline, and its market leadership under threat by Nestle’s Milo.

It required a deep dive into the then 30-year history of the brand, older than I was, and I was expected to present it to the meeting that would have senior people from both Cadbury and Lintas, Bournvita’s advertising agency at the time.

It was a lot of work but I was helped by the fact that there were archived materials and institutional memory.

Three previous Bournvita brand managers were still within the company; one was my line manager TOA, the Group Product Manager, another was MAJ, who at the time was on a stint as purchasing manager but later returned to the marketing department as marketing controller and then sales & marketing director, and the third was OCO who had been both TOA and MAJ’s team leader in previous years in marketing, but had been transferred to the factory business unit.

Lintas, then led by the respected Mr. Dele Adetiba also had good history having managed the brand on the agency side for a while.

In managing a brand, it helps to have a sense of history. Knowing where a brand is coming from can be a rail guard and good guide to take it to the new future.

But it was also a pressure point having three predecessors within the company at the same time, as they had more experience on the brand and had views about direction the brand should go. It therefore required wisdom to lean on them, but not as a crutch that would have limited fresh perspectives. Good thing was they didn’t want to be crutches either.

So, within 2 weeks I knew in depth the history of Bournvita since it was launched into Nigeria in 1960. I read how, before then, Cadbury had imported and launched Pronto cocoa drink into the market. I learnt about how Bournvita was imported from Bournville a village in Birmingham, United Kingdom. The origin of the brand name lay in this village, ‘the VITAlity drink from BOURNville’.

I learnt about the Millicent ‘Millie’ Small campaign for Bournvita that ran in the early sixties. Mille Small was a teenage Jamaican star singer whose cover version of “My Boy Lollipop” in 1964 stunned the music industry in both the US and UK by reaching number two on the singles charts.

At the peak of her popularity, she was contracted by Cadbury to run an endorsement campaign for Bournvita, and was called ‘the Bournvita girl’.

She also appeared in print adverts and went on roadshows for Bournvita.

It can be argued that Bournvita was the pioneer of using international celebrities to endorse brands in Nigeria.

Using her was a masterstroke as her genre of music (‘ska’) and positive image helped to boost Bournvita’s desired positioning as a food drink for energy. In other words, Millie’s brand personae aligned with Bournvita’s brand essence.

The campaign helped Bournvita start to challenge the then market leader, Ovaltine, and as I continued to immerse in the brand archives, I learnt how Bournvita overthrew Ovaltine as market leader……

PS. Millie Small is alive aged 70, and lives in the United Kingdom.