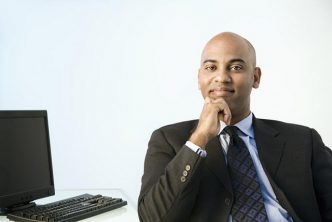 Memoir of a Brand Manager (Part 1)

MEMOIR OF A BRAND MANAGER ONE

Monday afternoon 23rd March 1992. I sat working on my desk in the open office of the sales and marketing floor at Cadbury Nigeria in Agidingbi, Ikeja, Lagos. The Group Product Manager, Food drinks (TOA as she was commonly referred to in Cadbury Nigeria style) passed by on her way from the Marketing Manager, FOB’s office at the other end of the floor. As she did so, she said to me in Yoruba, ‘you didn’t tell us’. I looked up quizzically, asking her, ‘tell you what?’

What I didn’t know then was that an announcement was about to be made of my appointment as Brand Manager-Bournvita, the flagship brand of the company and market leader in the food drinks market in Nigeria.

Shortly after I was formally informed, the notice went out, the company buzzed with the news, and I trembled in my shoes. It was, in today’s parlance, breaking news. I got a phone call from a senior manager telling me, ‘you know you are now in trouble.’ Some people queried the appointment, as I also did in my mind: wasn’t this too big for me, I mean, this was Bournvita, the iconic brand on which Cadbury Nigeria’s past, present, and future seemed to rise or fall.

It could be argued that I was a rookie. I had been in the Company for less than 2 years at the time, having joined as a Management Trainee in July 1990, with practically no knowledge of marketing or brand management.

My mind did a ‘Usain Bolt’ flashback. The journey had started after I completed my Masters in Biochemistry and I sought work outside the core sciences in a field where I believed my natural aptitude lay: advertising. I believed that I could be a great copywriter (after all, I wrote poems and short stories:)).

So, I wrote application letters to Advertising agencies and it pre-dating the days of email, walked the streets of Lagos delivering them in search of a job as a copywriter. Not one agency acknowledged receipt. What was a science graduate thinking?

Then I applied to Cadbury when the company advertised for management trainees. After 2 stages of written aptitude and verbal attitude tests, I was fortunate to be one of the last seventeen shortlisted from the initial over one thousand applicants to meet two directors for final oral interviews, on a day that happened to be my birthday!

As we waited in the reception, the Personal Controller, AOI met with us and informed that we were being considered for roles in Sales and Marketing. I guess I must have made a face which he noticed but misread. He thought I was wondering why, and sought to clarify that I probably thought I would end up working in the factory or R&D because of my science degrees, but that through the previous stages it had been observed that I seemed to have flair and aptitude for Marketing despite my field of study. What he didn’t realize was that within me, I was saying, ‘praise the Lord’. God was ordering my steps to an area where my innate strengths could be better applied. Was this going to be a birthday gift?(Smile).

When he left, I asked other candidates, ‘what’s marketing’? I was that naïve. When I met with the debonair Sales and Marketing Director AA, he asked me, with his legs crossed on his desk, if I knew anything about Marketing, I said ‘no, I didn’t’. He asked if I was comfortable with that and I replied saying, yes I was, and prepared to learn. Oh, and he also asked me if I had a girlfriend, and if yes, would she mind if I was posted to Maiduguri as a salesman?!

2 years on, my knowledge wasn’t at ground zero having assisted in the management of candy brands such as Tom Tom, Buttermint and Malta sweet, and later given the responsibility to manage new but struggling chocolate brands Fudge, Dash and Spread. Nevertheless, I was still learning the ropes of brand management and being asked to manage Bournvita was huuuge (ala DT;)). I felt like the world rested on my shoulders. Grapevine comments suggested that in many ways, at least in Cadbury’s world, it did.

I took some comfort from the Marketing Manager who said he believed I would do well in the role, and from the thought that if I couldn’t do it, the Sales and Marketing Director VB, an Indian lady who was on cross-posting (and today runs one of the largest companies in India) wouldn’t have approved.

That evening, when I got home, I went on my knees and prayed to God for help.

I almost prayed that the cup (of Bournvita!) should be taken away from me.

Thus began a ten-year odyssey managing one of the star brands in the Nigerian marketing firmament.