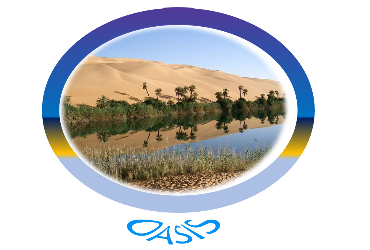 Memoir of a Brand Manager (Part 16)

Memories of the 90’s and early 2000’s Cadbury Nigeria: An Oasis of Excellence

My mind flashed back to student days in the same venue.  The Arts theatre was a fun venue. But that day, the Arts Theatre was an exam battleground as, along with a thousand other job applicants, I wrote the aptitude test for recruitment as a Management Trainee into Cadbury Nigeria (CN).

That day, the Arts Theatre was going to be a theatre of dreams (apologies to Man U fans) for some, and a theatre of nightmare for others. There was tension in the air and sweat on hand palms.

‘What is the opposite of legerity?’ I smiled to myself wryly. I didn’t know what ‘legerity’ meant, not to talk about what its antonym was!

That was an appetizer to my journey to and through CN. I scaled that first test, and after one more test which included group case study discussions and extempore speeches followed by interviews with larger-than-life board directors, I started my Cadbury life in July 1990.

There I met the venerated Managing Director/ CEO and later Chairman, who in CN’s style of initials was formally known as ‘CK’ but informally behind his back as ‘Baba’.

During my first encounter with CK, as I listened to him speak in his Queen’s English diction, excellent elocution and wisdom, I felt yes, I am in the right place to start my career. CK spoke about CN values that resonated with me: integrity, excellence, being the best version of yourself. CK was inspirational and the progenitor of a high-performing team.

1990 coincidentally was the 25th anniversary year of Cadbury in Nigeria. A new slogan, ‘in pursuit of excellence’ was crafted for the company.  Excellence was an ethos, like Aristotle said, not a one-off event, but a habit deliberately cultivated. The bar was constantly raised. Good was not good enough. And it was not just talk; you had to walk the talk. Dot your ‘I’s and cross your  ‘t’s.  Premises were spick and span, punctuality was second nature and integrity was taken seriously.

Innovation and creativity were encouraged and Cadbury Nigeria led the market in many respects.

The company launched  innovative products in the late 80’s and early 90’s such as Poundo Yam, Dadawa cubes, Cheff peppersoup cubes and Tomapep. Some would argue that the Company moved way ahead of consumers, but it is a compliment of the foresightedness of the Company at that time, that a product category such as poundo yam is now a branded staple food 30 years on.  In processes, the Company developed and patented the first ever Cereal Conversion Plant.

Being posted to work in the Sales and Marketing function, despite having degrees in Biochemistry and hardly any knowledge of marketing reinforced my positive perception of the Company as a broad-minded and forward-looking company ; the fact that it wasn’t just about your degree, your aptitude mattered as well.

I got my first real baptism of fire on the job 6 months after being posted to Marketing when I was appointed Marketing Executive-Chocolates, with direct responsibility to manage brands which were struggling in the marketplace; you could say I grew my milk teeth in Marketing on this beat.

The immediate challenge then was to limit the potentially high write-off of unsold finished product.

I remember 18 hours after being moved to manage the chocolate brands, being queried at a team meeting by OOO in CN parlance, then Sales/Marketing director, how come I hadn’t come up with solutions!(By the way, the 18 hours were between 2.00pm Monday and 8.00am the next day).

OOO was a perfectionist with deep intellect, wide reservoir of knowledge and a prodigious capacity to multitask.  As CK’s successor, he led CN to new heights. Some would ask, so what happened on his watch at the end? My short response here would be that lessons have been learnt.

There were many other great people in CN across functions.

People like VB, an Indian who came on secondment as Sales/Marketing Director, and today is one of the most respected business leaders in India. It was from her that I first heard the profound question: ‘There might be a gap in the market, but is there a market in the gap’?

People like MAJ, creative marketer par excellence who showed by example the power of imagination and boldness to take calculated business risks.

People like FOB, BTF and BOC who gave me latitude to be myself, yet gave appropriate guidance; from them I learned to let people I work with be themselves whilst  aiming to help them fulfill their potential.  People like TOA, tenacious and driven.

On his retirement as CEO, CK gave a farewell address that defined who a Cadbury Nigeria person was: Conscientious, Confident, Caring, Careful, Character, Committed, Competent.

Those were 7C’s we all strove to live to. And I dare say, many of us still strive to live up to despite having left the Company for several years.