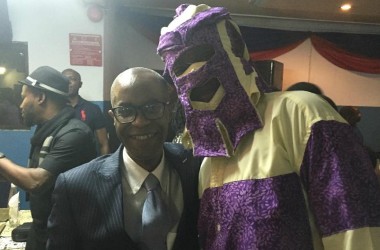 Memoir of a Brand Manager (Part 5)

Memories of the Bournvita Magic Flight which I was privileged to manage for several years as Cadbury’s Bournvita Brand manager.

The first edition in 1998 took 100 children aged 8-12 years on an ‘edutaining’ trip from Lagos to Abuja. That year, Lagbaja was the stand out celebrity and we decided to leverage the strength of his personal brand equity for the benefit of the Bournvita brand.

Lagbaja’s alter-ego joined the flight to Abuja incognito and mid-air, Lagbaja appeared to the delightful amazement of the children.

The Bournvita Magic Flight was designed to be just that: magical; to provide children with an unforgettable learning experience and leave lasting branded impressions. Positive associations help to build brands.

A couple of years ago, I met up with Ikenna Nwagboso at the opening of the new Maryland Shopping mall in Lagos to which he had invited me. Ikenna was one of the kids who won a trip to London in the year 2000 courtesy the Bournvita Magic Flight. He was project manager for the launch of the mall, and it was humbling to hear him tell someone that he first learnt about branding during that trip as a 10-year old.

The power of brands and positive association.